A number of well-known attractions of Tehran city is listed below, some of which will be visited as a social program during the conference (see the conference program). 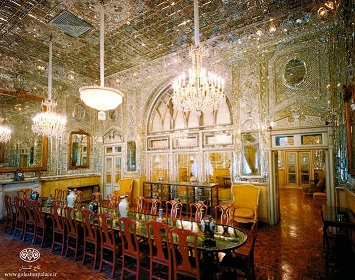 The oldest of the historic monuments in Tehran, the Golestan Palace (Palace of Flowers) belongs to a group of royal buildings that were once enclosed within the mud-thatched walls of Tehran’s Historic Arg (citadel). 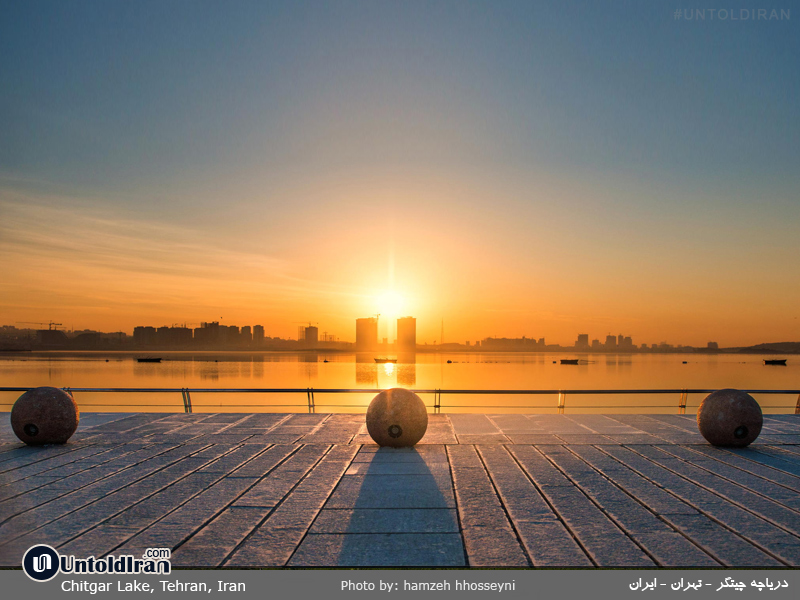 Chitgar Lake or Shohaday-e-khalij-e-fars Lake is an artificial lake located in North-West of Tehran and in 22nd district of municipality of Tehran. 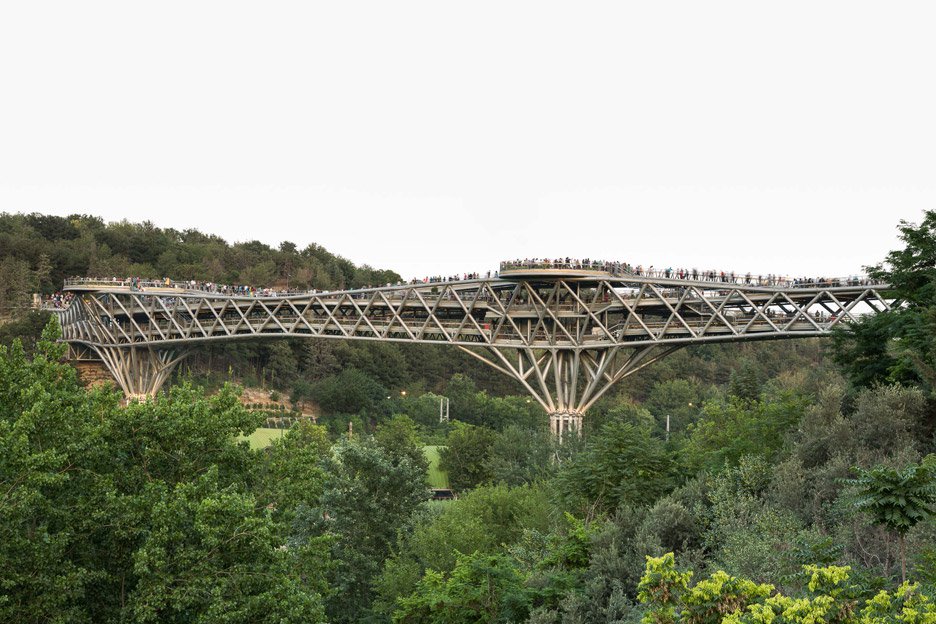 The Nature (or Tabi'at) Bridge

The Nature (or Tabi'at Bridge) is the largest pedestrian overpass built in Tehran. The 270-metre (890 ft) bridge connects two public parks—Taleghani Park and Abo-Atash Park—by spanning Modarres Expressway, one of the main highways in northern Tehran. 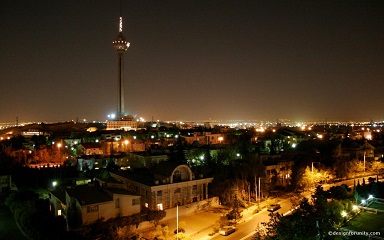 Tehran’s Milad Tower is a multi-purpose skyscraper located in northwestern Tehran. Milad Tower is the tallest tower in Iran and the sixth tallest telecommunication tower in the world. The head structure of this tower, which has an area of 12000 square meters, is the largest among all towers in the world in terms of area in use. 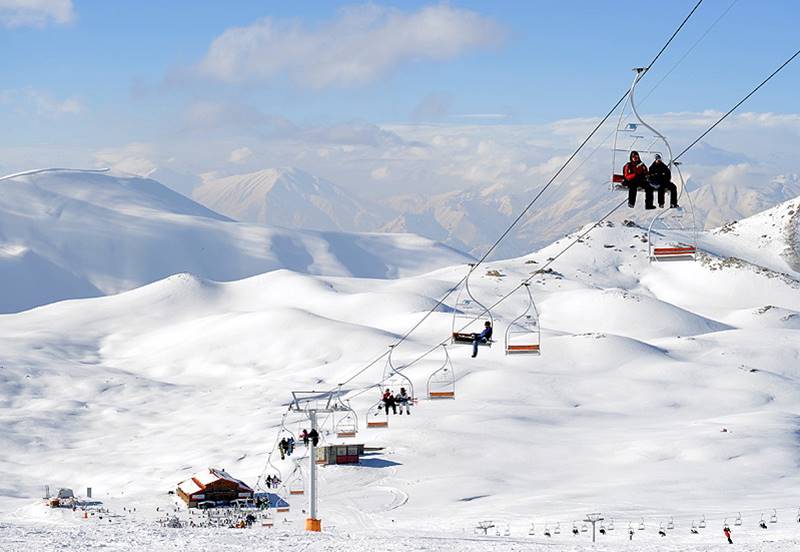 Tochal is a 3962 meter-high mountain peak in northern Tehran, which forms part of the Alborz mountain range. The southern slopes of Tochal are adjacent to Tehran, with its summit overlooking the city. 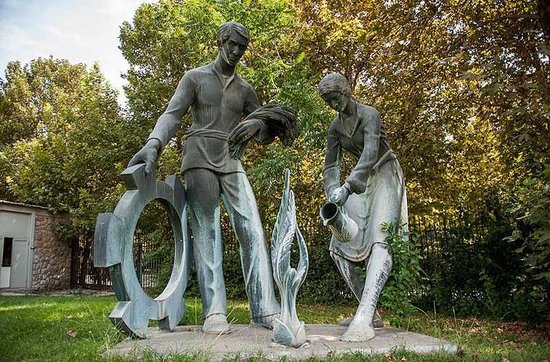 TMoCA, is among the largest art museums in Iran. It has collections of more than 3000 items that include 19th and 20th century's world-class European and American paintings, prints, drawings and sculptures. TMoCA also has one of the greatest collections of Iranian modern and contemporary art. 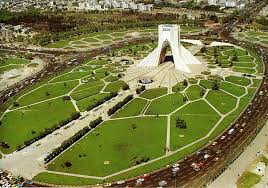 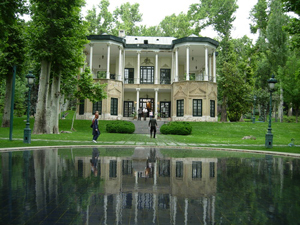 Niavaran Palace Complex is situated in the northern part of Tehran, Iran in 9000 square meters area. It consists of several buildings and a museum. The Sahebqaraniyeh Palace from the time of Nasir al-Din Shah of Qajar dynasty is also inside this complex.

Carpet-weaving is undoubtedly one of the most distinguished manifestations of Iranian culture and art, dating back to the Bronze Age, but as the materials used in carpets including wool and cotton, decay into dust during the course of time, archaeologists couldn't make any special discovery during the archaeological excavations. What have remained for us from the early ages as evidence of carpet-weaving are nothing more than a few pieces of worn-out rugs. 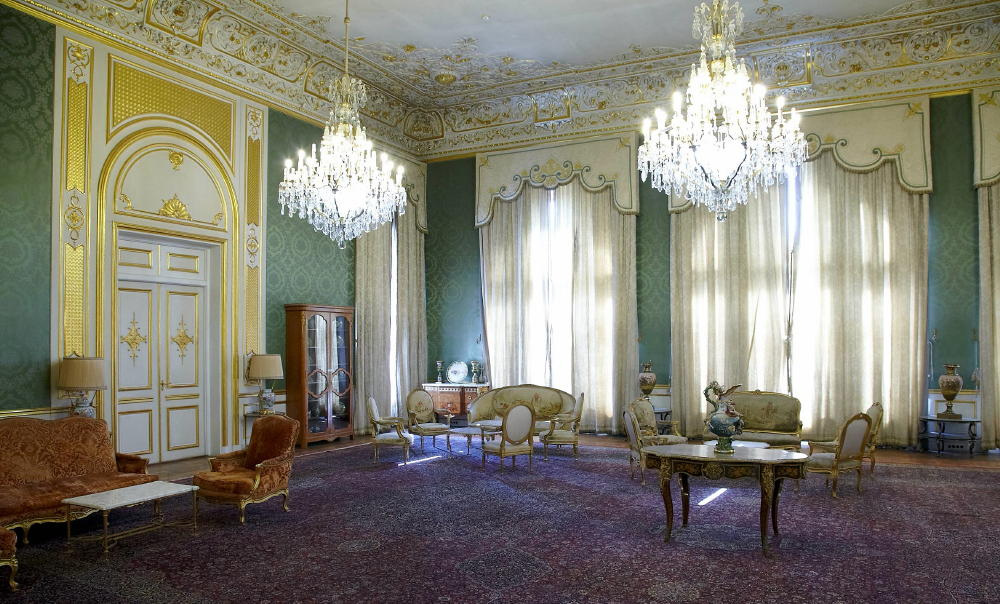 Saadabad is a cultural and historical complex that covers an area of 110 hectares and is located at the northernmost part of Tehran. The complex contains 18 palaces belonged to the royal families of Qajar and Pahlavi, in a unique and beautiful garden. 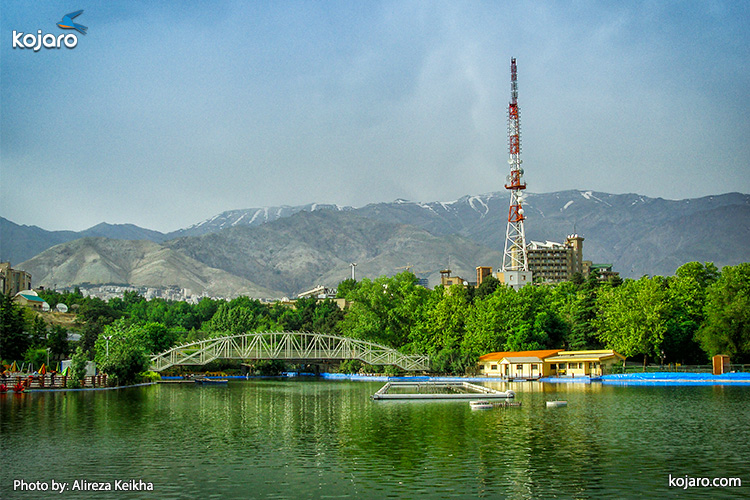 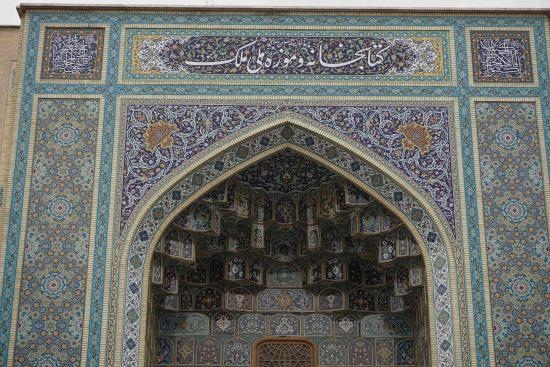 Malek National Museum and Library is a museum and national library in Tehran. It is the first private museum of Iran and one of the six large libraries holding exquisite manuscripts. The MNLMI collection is a rich trove of the best manuscripts and Iranian historical artworks. The Institution is located in the historical precinct of “Bagh-e Melli” that is considered the cultural-historical center of Tehran. 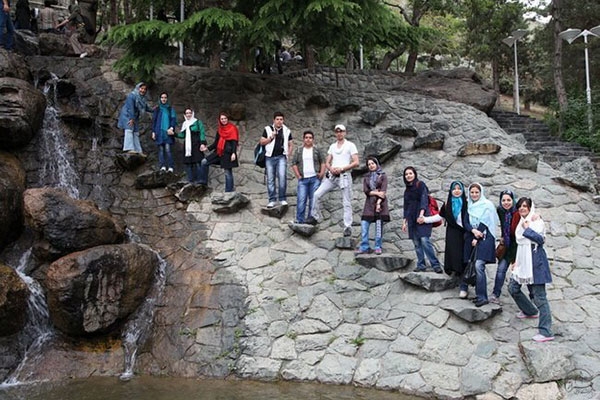 Jamshidieh Park or Jamshidieh Stone Park is one of the most beautiful and staggering parks in Tehran with 10 hectares surface area. It is located in Niavaran. 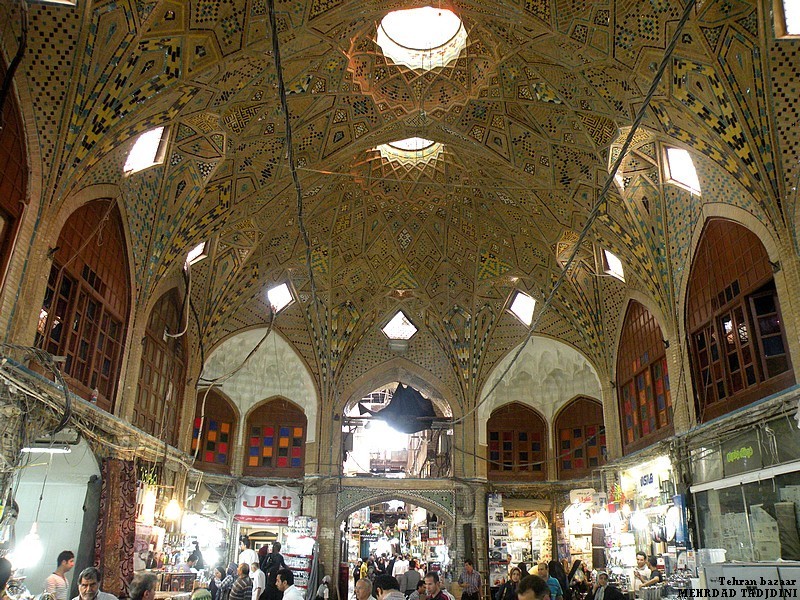 The Grand Bazaar is an old historical market located at the Arg Square in Southern Tehran, it is split into several corridors over 10 kilometres (6.2 mi) in length, each specializing in different types of goods, and has several entrances, with the main being the entrance of Sabze Meydan. 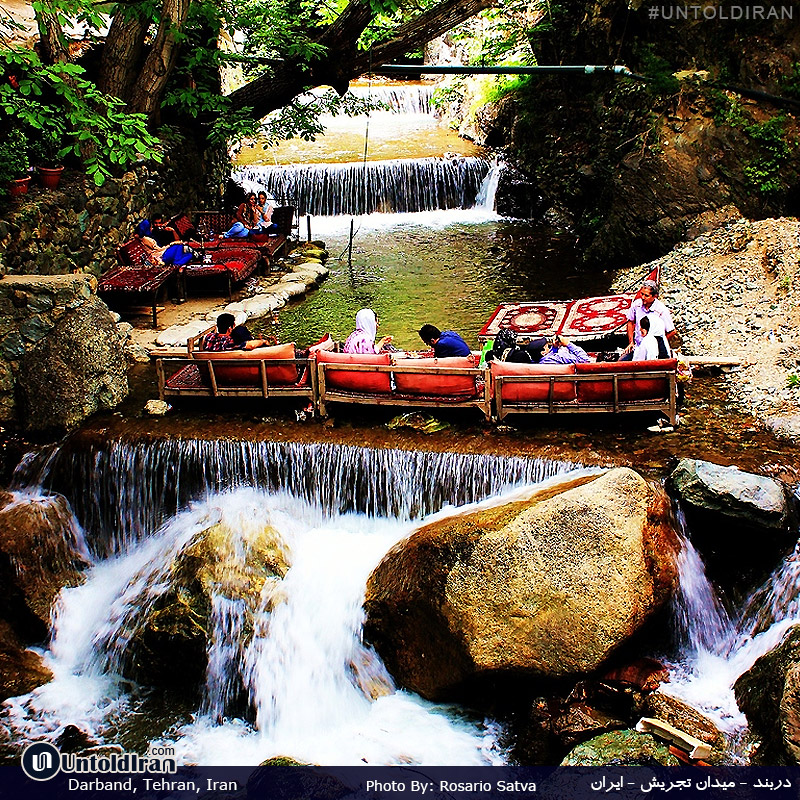 Darband is an old village in Shemiran, located to the north of the Saad Abad Garden, Tehran, the capital city of Iran. With its cool summers, Darband is a highly visited tourist attraction in Tehran. The Darband River passes through this village. 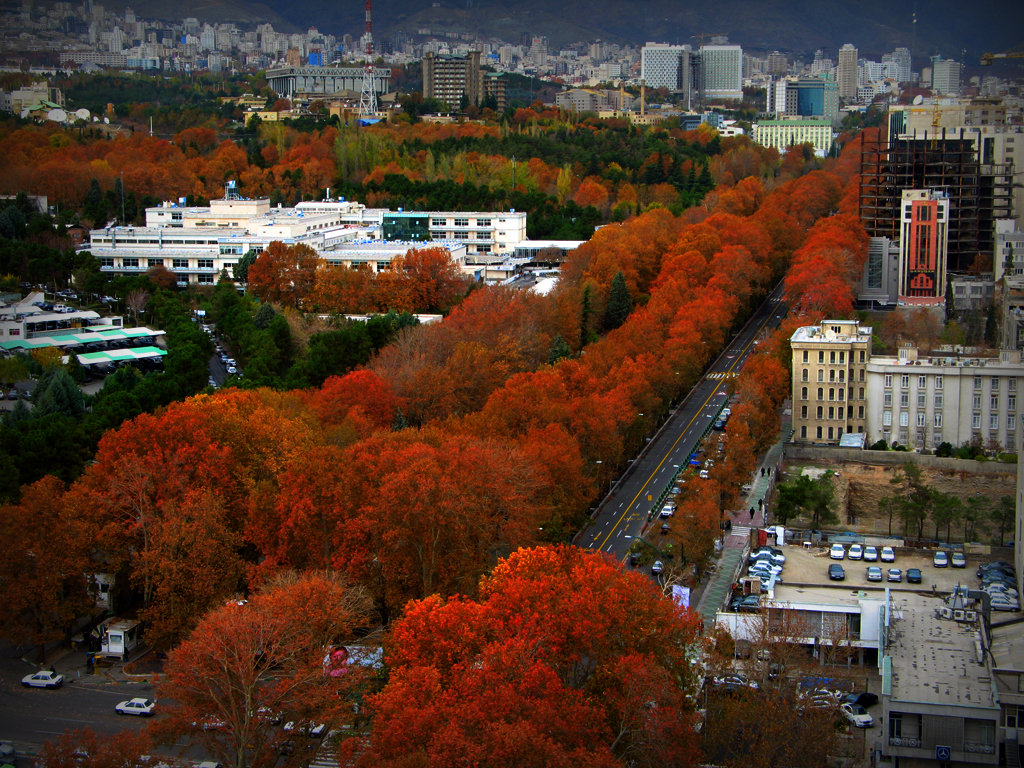 Valiasr Avenue is Tehran’s longest avenue that connects its southernmost point to the furthest northern end. It is considered one of Tehran's main thoroughfares and commercial centres. It is also the longest street in the Middle East. 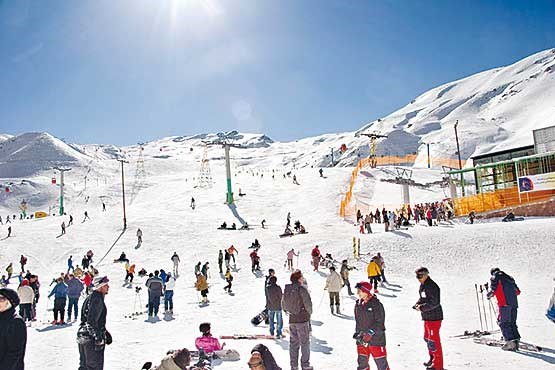